South Africa is a vast country with many different and constantly changing landscapes. As we travel to our various destinations we will pass through many rural areas, towns and cities.  Here are the more significant and interesting places and some basic information of each one as we travel from O.R. Tambo International Airport and back again.

Descriptions and details of our actual overnight destinations are under the heading "Accommodation" on the Home page navigation bar.

Founded 1890 as a rest stop for transport riders between Delagoa Bay, now Maputo and Johannesburg. Industrial and coal mining city. Renamed in 2006 to "Emalahleni", meaning "Place of Coal" in the local Ndebele dialect.

Founded 1864 by the Voortrekkers. Named so because it was halfway between Pretoria and the gold mines of Lydengurg area. Economy is mainly stainless steel works, coal mining and farming area

Established 1894 as a supply depot while building the Pretoria/Maputo railway. Situated above the Eland Falls the name is Dutch for "Above the Waterfall"...a sister town at the bottom of the falls is called "Waterval Onder"

The capital of Mpumalanga Province founded by 3 brothers from the Nel family in 1895. Renamed in 2009 to Mbombela which means "Many people in a small place" in siSwati.

Although gold was discovered in the De Kaap Valley in 1881 it was not until 1884 that the actual "Gold Rush" started. There was so much trade that South Africa's second stock exchange opened in Barberton. The mountains and exposed rocks around Barberton known as the "Barberton Greenbelt" are said to be  the oldest on Earth.

Originally a Scottish settlement founded in 1868. It was renamed after the hometown of the State Secretary - Eduard Bok in 1882 after the 1st Anglo-Boer War (1880 - 1881) in gratitude for the sympathy received from the Dutch government during the war.

Founded by the Voortrekkers in 1883 and named in honour of their leader Piet Retief who was murdered by the Zulu King Dingane on 6th February 1838 after successfully negotiating for land. In 2010 the town was renamed eMkhondo but no-one really knows the true meaning of the name so we still call it Piet Retief.

A town built around a farming community in the fertile valleys at the foot of the Lebombo Mountains, which form the southern border between South Africa and Swaziland. Extensive sugarcane and subtropical fruit plantations surround the area. A large sugar mill is just out side the town to the east.

Also a small farming community centered around sugarcane. Through town one reaches the western entrance to Mkhuze Game Reserve. Ghost Mountain in the background is the sight of many battles and is steeped in mystery and legend.

Although timber, sugarcane, subtropical fruits and macadamia nuts are grow in the area, it is the pineapple growing capital of southern Africa. Fast becoming the tourist hub of KZN province as it is surrounded by all the prominent game parks and lodges that service these parks.

A small yet very busy town. Surrounded by large sugarcane plantations to feed the sugar mill just outside town. Named after Chief Mtubatuba of the Mkhwanazi people. His name meaning "The creator of opportunities". Home to a large military base one the road to St Lucia.

A beautiful village set in subtropical dune vegetation at the mouth of the St Lucia Estuary. Declared in 1999 as South Africa's first UNESCO World Heritage site, also a Ramsar Convention Site. Named Santa Lucia by the Portuguese Explorer, Manual Peresterello on the 13th December 1575 honouring the feast of St Lucy.

Heading back towards Johannesburg we again pass St Lucia, Mtubatuba, Hluhluwe, Mkhuze and Pongola to our last stop on the tour at Natal Spa. Paulpietersbug is named after ZAR President Paul Kruger and hero Voortrekker leader Piet Joubert in 1888.

Still making our way to the Airport we again pass through Piet Retief and then the town of Ermelo. A small community formed into a town by Dutch Reformed Minister - Frans Lion Cachet and named Ermelo in 1880 after his hometown in the Netherlands. The town was totally destroyed by the British during the 2nd Anglo-Boer War (1899 - 1902).

Started as a makeshift harbour by Cmdr Frederick Richards during the Anglo-Zulu War (1879). An industrial powerhouse with industries to many to mention. The main ones are Aluminium, Paper, Pulp, Timber, Dune Mining and coal exports.

Dating back to 1824 but only named Durban officially in 1835 after Sir Benjamin D'Urban, governor of the Cape Colony. "Thekwini" is the Zulu name for the area meaning Bay or Lagoon.

*Marburg (Missed when flying to P.E.)

The only Norwegian Settlement in South Africa. Established in 1882 and named after the nearby German Mission station of Marburg.

*Kokstad (Missed when flying to P.E.)

In 1863 the Griqua people settled here and named the town after their chief at the time, Adam Kok III.

*Umtata (Missed when flying to P.E.)

Already a British outpost in 1870 as a buffer between the Cape Colony and the warring Pondo and Thembu tribes. Officially named in 1883.

Formed around the only river port in South Africa in 1836. As a major supply port for the British during the Frontier Wars between Britian and the Xhosa the city grew steadily. The German influence is seen in the surrounding towns such as Berlin and Stutterheim.

Another town established by the 1820 British Settlers as a buffer between the Cape Colony and Xhosa. Now a beautiful holiday town on the Indian Ocean Coast.

*Grahamstown (Missed when flying to P.E.)

Established by Lt Col John Graham as a military outpost to secure and defend the eastern frontier of the Cape Colony against the Xhosa.

A beautiful city with influences from many cultures and a very turbulent history. A great place to visit. Started as a simple fort in 1799 in the event the French arrived during the Napoleonic Wars to a wonderful vibrant coastal city. affectionately called the "Windy City" due to an almost constant Southeasterly wind but many prefer to call it the "Friendly City".

A beautiful village at the mouth of the Storms River where it flows into to the Indian Ocean. Offers many adventure activities such as  whitewater tubing, rafting and kayaking

Officially home of the worlds highest commercial bridge Bungy Jump at 216m! The Bloukrans bridge is the highest and widest in South Africa. In fact the top 5 highest and widest in South Africa are all along the Garden Route. There are plans to build 2 bridges by 2022 along the Wild Coast both will be longer and one higher, but for know this is how it stands!

A beautiful seaside holiday town. A choice holiday destination for many wealthier South Africans which has led to Plett becoming highly commercialised. Interesting to note that the early Portuguese Navigators charted this entire coastline long before the Dutch arrived at the Cape, ca 1490's.

The first European farmer arrived in the area around 1760 but as the Cape Colony expanded and more and more people moved up the coast Knysna grew. Mostly from the timber traded from the surrounding forests and a short "gold rush". Now a beautiful almost "Victorian Age" holiday town.

With the growing demand for timber to build wagons, furniture and buildings the V.O.C. in 1776 established an outpost to procure the timber. As this demand grew and more settlers arrived in the Cape so did the new frontier towns.

in 1750 a group of early pioneers made their way inland and established livestock and crop farming in the area. As trade grew along with the development of towns like George, Knysna and Plett as well as with the Cape more farmers came to the area until in 1857 Oudtshoorn was proclaimed a town. Today know for it's Ostrich farming and the Kango Caves.

Founded in 1853 originally around wagon building and farming then Ostrich farming and eventually vineyards and fruit orchards came and today Robertson is known mainly for it's wine, brandy and liquers.

Founded in 1853 and known initially for the hot mineral springs and stunning mountain scenery. Situated in a small but fertile valley, many top quality fruits and vineyards are cultivated here.

Set in the Breede River Valley, the area was known to the first settlers. Used as hunting grounds. By 1709 the first cattle farmers moved in and soon crop farmers followed. Officially became a town in 1819. The largest wine producing region in South Africa.

Established in 1687 in a fertile valley, the early Dutch and French Huguenot Settlers were given land and with a Mediterranean type climate the farming conditions were perfect. Large fruit orchards, vegetable plantations and most of all Vineyards were established. The name comes from the large granite outcrop which glistens like a pearl (parel in Dutch) which eventually became Paarl. 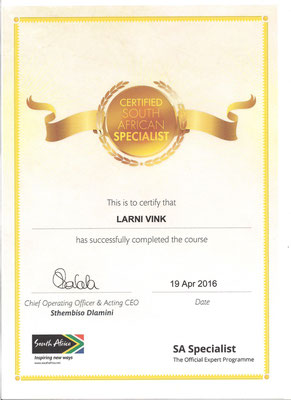